Due to the ever-changing constraints of the pandemic, many Ascender students who graduated from San Antonio College during Summer and Fall 2021 terms were unable to mark this momentous event alongside their Ascender Familia; thus, the Spring 2022 commencement ceremony bloomed with an abundance of red Ascender Scholar Serapes. However, prior to the grand commencement, the SAC Ascender program held a Graduation Celebration and Serape “Hooding” Ceremony to commemorate the academic success and achievements of the graduating Ascenders.

On Wednesday, May 11, Ascender students and their families gathered on the SAC Campus in the Nursing and Allied Health Complex (NAHC) and were welcomed with a reception of various meats and cheeses, fruits, veggies, desserts, and beverages. “These refreshments are merely a small token of appreciation for the devotion to academic success these students demonstrated throughout their time at SAC,” commented Ascender Program Coordinator, Gerard Robledo, who along with Elissa Gutierrez, Empowerment Center Certified Advisor, organized the event and reception.

After the welcome reception, SAC Teaching and Learning Center Director, Dr. Joan Jaimes, kicked off a succession of speakers. Jaimes, flanked by sign language interpreters, thanked attendees in English and Spanish and congratulated Ascenders on reaching this pivotal moment. Dr. Jaimes also expressed her lament of not having a program like Ascender as a first-generation college graduate before introducing Interim Dean for Academic Success, Clare Iannelli. Dean Iannelli denoted the institutional support for Ascender at San Antonio College, the critical role it plays in empowering Latinx students, and a brief history of the program. The Dean was followed by Gerard Robledo, who recounted his experiences as a single-parent and former SAC student. He echoed Dr. Jaimes’ regret that a program like Ascender was not available during his time as a student but spoke to the generational intellectual wealth these Ascenders now cultivate just before introducing Mona Aldana-Ramirez. She thanked the families for their support and the importance of learning as a familia. More powerful narratives and experiences were shared by Ascender faculty members David Chavera and Jeanette Bunch and Ascender Advisor Elissa Guitierrez. Guitierrez had the honor of introducing the last special guest speaker, Emiliano Tovar Jaime.

Emiliano is a first-generation, first-time in college Ascender completing the first part of his academic journey at SAC. Emiliano plans on continuing his education in criminal justice and law enforcement. During his time at the microphone, he spoke about the encouragement and support he received from Ascender faculty, such as Yoni Hui Bell and Dehlia Wallis, the demanding challenges he faced, and what overcoming them meant to him as an Ascender. Then, Emiliano spoke directly to those in attendance, switching between Spanish and English; he shared his pride and encouraged others to find their educational success.

After these narratives, the soon-to-be graduating Ascenders lined up to receive their Scholar Serapes (stoles). Each Ascender’s name was declared, along with their major of study, then their former professors placed their serape around their necks.

“The rest of the evening became a blur of laughter, hugs, camera shutters, and more refreshments. In the euphoria of this moment, one could not help but realize that three separate graduating cohorts felt like one unified familia in that space, sharing in each other’s joys and success—these former students, now one step closer to being the leaders of tomorrow,” commented Robledo. 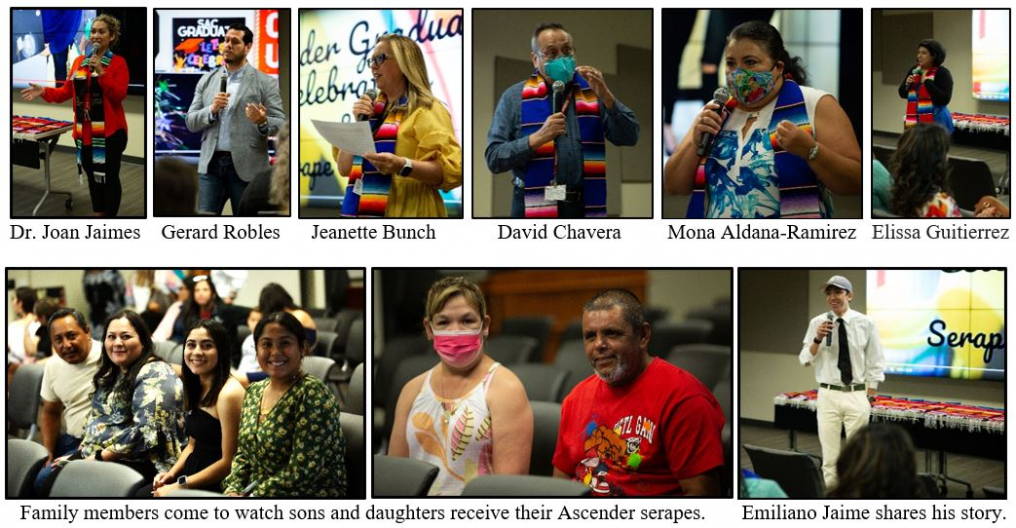 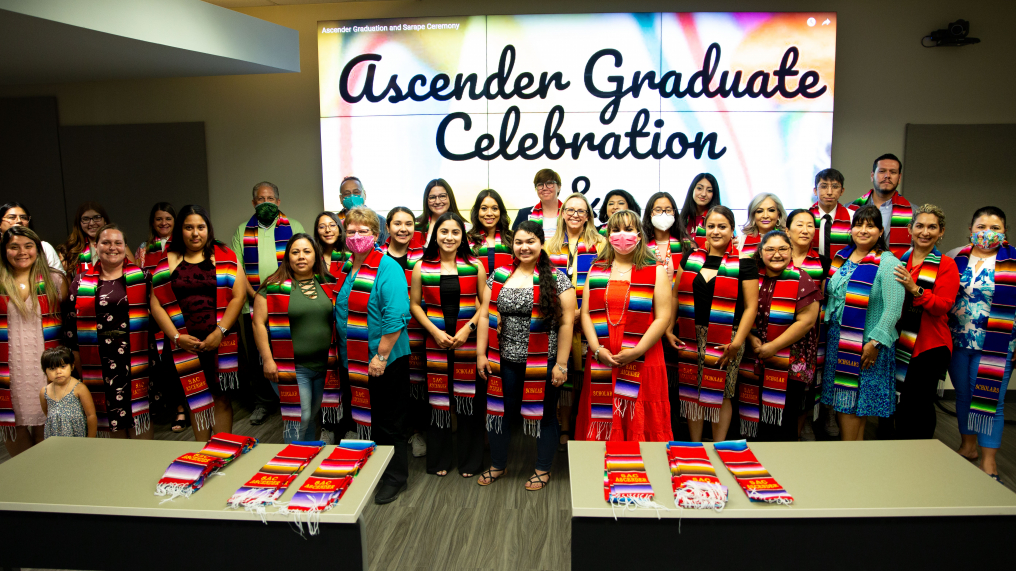