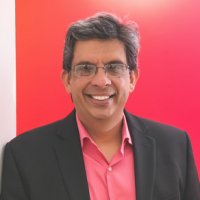 He is an Associate Professor of Chicano/a and American Literature in the English Department of Rice University, where he teaches courses in Chicano/a literature, Asian American fiction, and nineteenth and twentieth-century U.S. literature.

Aranda has written articles on early U.S. criticism, nineteenth century Mexican American literature, and the future of Chicano/a studies. Most recently he has undertaken an investigation of the relationship between modernism and Mexican American literature. He has also begun work on his next book, tentatively entitled Why I Dreamed of Jeannie But Became a Chicano Instead. This book is a critical exploration of television, popular culture, the Vietnam War, and the news media and subsequent roles they played in shaping the political and cultural identities of the first generation of Mexican American children to be hailed by the Chicano Movement. Finally, he is also at work on a long-term project to write the cultural biography of nineteenth-century California writer, María Amparo Ruiz de Burton.

Nationally, Aranda sits on the board of Recovering the U.S. Hispanic Literary Heritage Project. He has been appointed by the MLA Executive Council to the Committee on the Literatures of People of Color for a three-year term. He is also an active member of the MLA Chicana and Chicano Literature Division. In Houston, he is a board member of two literary arts organizations, InPrint and Nuestra Palabra.