FROM THE DESK OF THE EDITOR: HIGHER EDUCATION AND AMERICAN EXPERIENCES

BY LYDIA A. CDEBACA 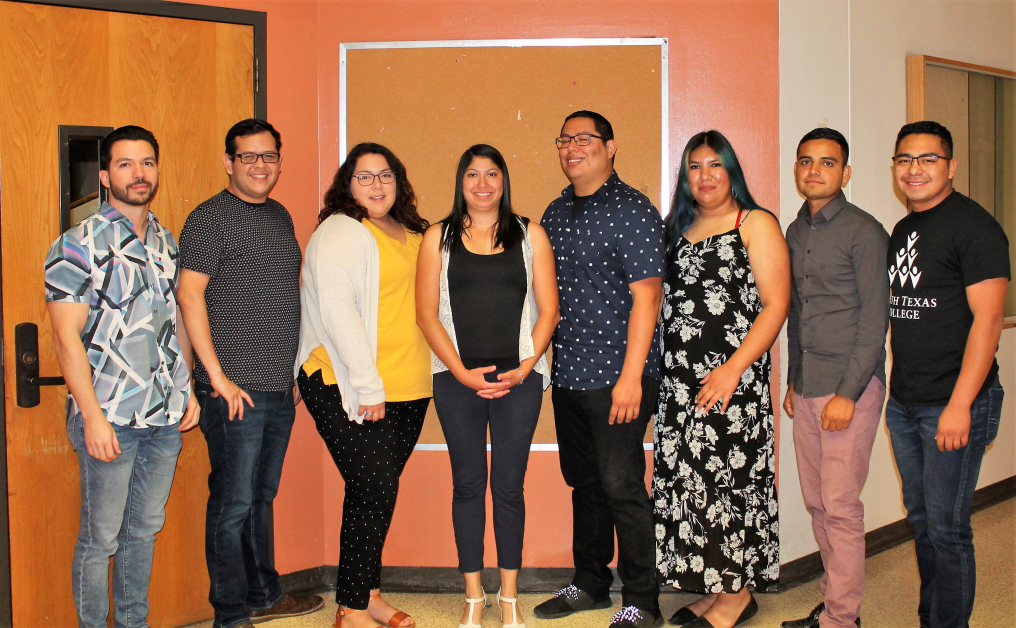 It is with great pride that we at Catch the Next present to you this third volume of Catch the Next Journal of Ideas and Pedagogy. At times, journal editors are tasked with developing a themed issue; at other times, we are gifted with a set of submissions that all serendipitously hover around a theme or set of themes. This issue has been of the latter variety, as the submissions offer a view into the role of higher education in defining or redefining American experiences—no longer understood as single or homogeneous.

As I read and compiled this issue’s dramatic poetry by Fernando Esteban Flores and book review by Maria Espino, I couldn’t help but hear echoes of a recent event held at CTN’s 5th Annual Student Transfer Motivational Conference. There, on June 8th, I had the opportunity to interview several CTN alumni, who shared their experiences, advice, and expertise with a newer class of Ascender scholars. The panel included Palo Alto College’s Veronica Gonzalez, Alexis Fabian, Edward Rodriguez, and Juan Higa; South Texas College’s Manuel Gonzalez, Adolfo Pecina, and Marco Espinoza; and Austin Community College’s Cloe Llanos. Each student has not only completed their first year in the CTN Ascender Program at their respective community colleges, but many have also completed their associate’s and bachelor’s degrees, and some have moved on to graduate programs. With majors spanning from Business Administration, Law, and Education to Psychology and Biology, these recent college graduates showcase a side of the American experience that often goes underappreciated in these times of contentious debate about American identity and exceptionalism.

I asked these alumni, for instance, about what challenges they faced in their first year of college and beyond. For many, the fact that they were English language learners and the first in their families to attend college were among the biggest hurdles to their college success. Others, though, like Manuel Gonzalez and Veronica Gonzalez (no relation), discussed the particular challenges of returning to school after having children and families of their own. For Manuel, focusing on school and learning to manage his time as a father, husband, friend, employee, and college student, meant having to make sacrifices in his social life so that he could balance attention to college and his family. Other students, such as Marco Espinoza, Juan Higa, and Cloe Llanos, faced similar challenges and time demands, as they found themselves needing to work, often full time, to help support parents or siblings. These students are what are oftentimes now referred to as “new traditional” students. Fewer and fewer are the once-traditional eighteen-year-old, non-working, single, often White and middle-class students characterized in many portraits of higher education and for whom most institutions of higher education were designed. The experiences of these CTN alumni demonstrate that higher education must transform in order to accommodate the needs and lives of the increasing majority of its students. Theirs is a critical and common American experience.

It is because of this changing landscape of student experiences in the U.S. that we have seen the growth of concurrent enrollment programs, such as those described in Maria Espino’s review of Bridging the High School-College Gap. Dual and concurrent enrollment programs seek to increase the number of students who complete high school and smooth the path for students from high school to college. Community colleges play a large role in fixing such leaks in the higher education pipeline, ultimately, in order to provide their communities with the economic vitality necessary to ensure sustainability and revitalization in the 21st century. Nevertheless, as Espino notes, it is important for families, students, and higher education faculty, staff, and administrators to be aware of the benefits—and potential pitfalls—of these programs in order for them to have an impact on higher education equity.

Dual and concurrent enrollment programs, are, of course, one option among many to help expand higher education access in the U.S. The Catch the Next Ascender Program is another. All such equity-driven programs, however, can learn from the advice given by the successful college graduates on the alumni panel. At Catch the Next we are intentional about overturning deficit-based narratives about our students and instead focusing on the assets that each student brings into the college classroom and campus setting. One of the biggest assets our students bring is ganas, a strong desire to succeed that pushes students to persevere even in the face of challenges. Marco Espinoza evoked this perfectly when he described how he overcame his time management challenges by thinking of a Mexican boxer, who won so many titles because every time he would get knocked down, he always got back up. When, noting the ganas that our students bring to their education, I asked the panel what strategies they’ve developed to persevere, Manuel Gonzalez noted that, for him, it was important not to think too much about the long term, but rather to break up his responsibilities day by day or week by week. In this way, poco a poco, he arrived at his degree. Edward Rodriguez said that what was most important was that he learn what works best for him: what kinds of classes or teaching and learning styles work for him, what kinds of settings and times of day are most conducive to his learning, etc. When I asked him how he learned these things about himself, he admitted, candidly, that he learned by failing but always trying again. Other students, such as Juan Higa, Veronica Gonzalez, Cloe Llanos, and Adolfo Pecina, looked to their families as sources of inspiration. Each of these students is the first in their families to attend college, so while working to support their families while attending school may have posed a challenge, the role models they become to parents, siblings, or children of their own also continually give them the strength they need to learn from failures and to get up each time they face a challenge.

We see this échale ganas mindset in action in the mother from Fernando Esteban Flores’s poem “Mother was a Dangerous Woman” and in Noemi and Juan from “Song of America XXXIV.” Widowed at the young age of twenty-five, the mother in the poem is “educated smart pretty” and “Doubly dangerous / for being.” Like so many of our students, Noemi and Juan illustrate a work ethic borne out of a crucible of necessity and ganas. Taken together, the characters that populate Flores’s poems and the alumni who have spoken on the panel demonstrate that there are still viable American dreams and that education is at the heart of them.

In one standout moment of the alumni panel, South Texas College student, Adolfo Pecina, was describing the moment he realized the importance of education for his future. Pecina, an aspiring teacher and Political Science major himself, knew when he started college that he wanted to be an educator. He joked that his family even calls him el maestro, the teacher. But it was when he saw the cariño and support of his Ascender instructors and advisors—and when he saw the impact they had on his own growth—that he fully grasped the significance of education for achieving one’s dream.

Pecina’s experience was echoed, from different perspectives, by each of the panelists. Indeed, a recurring theme among the panel as a whole was how they had maintained connections from their Ascender experience. Many described calling a mentor, advisor, counselor, or professor from their community college days once they had transferred to the university. Others told of going to their first-year professors or advisors for help selecting classes for later terms. And all pointed out the impact of the familia that they built in the Catch the Next program. This recurring theme of connections and networks formed in the educational experience is one at the heart of Catch the Next as an organization as well as this issue of Catch the Next Journal of Ideas and Pedagogy. Achieving the dream of higher education equity in the U.S. is, ultimately, about people, about relationships, about building community. Creating community is what affords us the opportunity to write odes to our Mexican American mothers and to our nations; it lays the groundwork for programs to smooth pathways between high school and college; and it is what leads to transformation in the lives of students and their families.

No longer is the American dream one of an individual pulling himself up by his boot straps; it is a dream of communities, of people working together toward a common goal. This is what we learn from today’s successful Latinx students.

I hope you enjoy the works in this year’s edition of Catch the Next Journal of Ideas and Pedagogy. And beyond the words on the page, I hope you hear the echoes of these successful alumni as you read.