Resilience is the overarching theme of this book. The Mexican American Community College Experience is the result of a multi-year study of first-generation Mexican American community college students "who faced difficult circumstances because of their multiple intersections and negotiated their adversity in ways that helped them achieve success[,]” and of the professors who inspired them to succeed (121). According to Campa, her book “is about resilience, the ability to work around obstacles, break through barriers, and ultimately move forward” (xv). The Mexican American Community College Experience is an important achievement, being the first major study that concentrates specifically on the experience of Mexican American community college students. This is also a book that reached me deeply and in a very personal manner. As an immigrant from an impoverished background who started my higher education at a community college almost twenty years ago, I personally felt validated and inspired to continue being a role model and an inspiration to my own students at the community college where I teach.

Although found at the end of the book, the Appendix provides exceptional insight to the scope of the work. In the Appendix, Professor Campa lays out an analysis of the theories she applied, which include critical race, radical feminism, and pedagogies of survival. This is also the place where Campa lays out her methodology. It was at community colleges, the democratic second-chance institutions, where she conducted this study of working-class students whose parents did not attend college. Campa did not look for honors students, but instead for those who had initially encountered major challenges and showed resilience in persevering and improving academically over time. Those selected students then nominated those they considered “great teachers” (122). Then Campa selected those instructors who “had either impacted the student in meaningful ways or had perhaps fostered their resilience” (122). Campa conducted her study over the span of eight years, using a combination of qualitative and quantitative social science methods. She immersed herself in the study, being herself a professor of EDUC 1300, an immigrant who grew up fatherless and impoverished, and a community college graduate who eventually earned a doctoral degree.

The book is divided into an introduction, six chapters, a conclusion, an epilogue, and an appendix. In the introduction, Campa lays out important statistics about Mexican American students, many of whom come from impoverished backgrounds. This chapter includes salient statistics about Latinos in the United States, such as the prediction that by 2025 Latinos will constitute about half of the workforce; that more than half of Latinos begin their higher education at community college, more than any other group; and that Latinos are 85% of the student body at El Paso Community College, the site of Campa’s study. Elsewhere in the book, the author also brings up the deficit of Latino full-time college faculty. Whereas 79% of full time college professors in the U.S. are white, only 5% are Latinos (38).

In chapter one, the author defines resilience as “a dynamic process that involves an interaction among risk, vulnerability, and protective factors that over time help to modify the effects of a difficult life event” (2) and introduces four protective factors that students develop in the community college – social competence, problem solving, a sense of autonomy, and a larger sense of purpose.

The second chapter focuses on environmental protective factors and teacher qualities that support many of the students’ efforts to succeed in community college. Environmental protective factors include: the school, the community, and a tradition of pedagogies of survival. The community college itself is a protective factor as under-privileged students frequently find at least one professor who inspires them by holding them up to higher expectations and rigorous demands, while teaching the students in a warm and respectful manner and often developing long term relationships with them based on trust and respect. This chapter also stresses teacher qualities that contribute to student success, those being knowledge of the subject and of teaching and learning, and passion for the profession.

Chapter three concentrates on the importance of teaching students respectfully, or “teaching con respeto,” which Campa defines as “holding visions of others that they cannot yet imagine for themselves” (41). She calls attention to acknowledging that students bring valuable knowledge into the classroom; to acknowledging the achievements of students who overcome major obstacles; and to the need for holding high expectations from students and challenging mainstream ideas that students might hold dear to them as part of teaching critical thinking skills. This implies acknowledging that students are capable of highly sophisticated reasoning and holding them to high standards, knowing that they will rise to the occasion.

The fourth chapter centers on the concept of validation, which individuals encounter through “enabling, confirming, and supportive” experiences (59). Because they are often the first ones in their families to attend college, they often feel incapable of success, that they are impostors, or that they will not make it. Therefore, “an important step in the validation process is to structure experiences that build the students’ confidence, create a new perspective through which they can control their destiny, and help them develop a sense of autonomy” (60). Community colleges achieve validation through the first-year experience course, taught in Texas as EDUC 1300, through linked courses where students learn “about other individuals, groups, and societies that had experienced adverse circumstances” (63). By learning about others who faced adversities similar to the ones they are experiencing, students will learn to identify themselves through the lives they are studying. Community colleges, then, empower students by proving to them that they belong, that they are college material, and that a professional life is not beyond their reach. That is the case of Daniela, a “thirty-seven-year-old Mexican American married woman with two children is now a veteran of the process and is frequently sought out by her peers for advice. She has become an advocate for learning communities and is attempting to alleviate some of the trepidation experienced by her peers” (64).

Chapter five focuses on cultivating a larger purpose. In this chapter, Campa stresses that professors in community colleges teach students that there is a larger purpose in life beyond graduating, obtaining a job, and reaching middle class status. That larger purpose is that of giving back to the community. One example is Professor Richard Yañez, a creative writer, who participated in the Puente Project to El Paso Community College. According to Campa, the Puente Project “uses an interdisciplinary approach and emphasizes writing, counseling, and mentoring, provid[ing] students with a new path to success” (85). This program centers on the writings of Latino authors, modeling the principle that education has a larger purpose— breaking the cycle of poverty by becoming a critical thinker and an inspiring role model to others.

The sixth chapter, “Building Social and Cultural Capital,” emphasizes how community colleges are the place where students will create meaningful networks to build a professional career, as well as learn cultural and social skills necessary to succeed in mainstream white middle-class society, while validating the importance of their Mexican cultural origins. Here students who lacked good role models early in their lives eventually learn the social skills they need; they learn to transform their social capital into cultural capital, to perform well in interviews and public speaking; they build the cultural capital necessary to succeed in mainstream society, and they become community mentors, role models, and leaders. In such context, professors act as cultural translators who assist Mexican American students navigate between their Mexican American world and the mainstream world of the white middle class.

This book is relevant to students and professors in education, the social sciences, and is appropriate for courses from lower level undergraduate to graduate seminars. One minor problem of this book is that the important material on methodology, theory, and the architecture of the project is buried in an appendix at the end, rather than placed at the beginning. Another minor detraction is the artwork on the book cover. Instead of using a culturally appropriate image to represent the experience of Mexican American students, the publishers settled for a generic photograph that does not reflect the significance of this book. These are, however, minor inconveniences that a reader can overlook after becoming immersed in the text. Overall, this is a major contribution to Mexican American studies, a true milestone, and a book that I highly recommend to educators, activists, students, and to anyone interested in learning about the tremendous opportunities available to us at the community colleges.

Juan Manuel Galván Rodríguez was born and raised in El Refugio de Trancas, a village in the municipality of Dolores Hidalgo, in the state of Guanajuato, Mexico. He came to the United States in his late adolescence and worked in construction and agriculture for well over a decade. Eventually, Juan enrolled in Houston Community College, from where he graduated with an Associate of Arts Degree with High Honors in 2000. He took some courses at the University of Houston-Downtown before transferring to the University of Houston, from where he earned a B.A. in History, Suma Cum Laude, in 2003. Juan then continued his graduate work, earning an M.A. in History in 2009 and a Ph.D., also in History, in 2016. His dissertation concentrates on the evolution of popular nationalism in Mexico from 1519 to 1862. Dr. Galván has been teaching U.S. History, Mexican American History, Mexican American Studies, and Humanities courses at Houston-area universities and community colleges since 2011. Dr. Galván is currently a Visiting Assistant Professor at Lone Star College-Kingwood. His recent courses include "The African Experience in Mexico" and "The Underground Railroad to Florida, Texas, and Mexico." 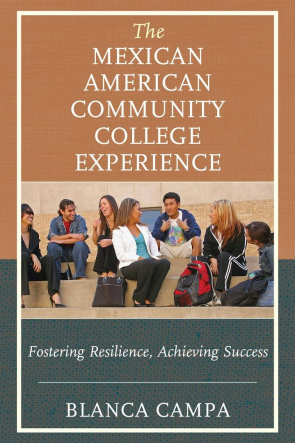