This memoir is a literary paean to Amado Muro from a son who has taken up the craft of fiction and newspaper writing as his father and grandfather had done decades earlier. And who was Amado Muro?  He was Chester Seltzer, a Kenyon College-educated, upper-class privileged scion of Cleveland Press editor, Louis Benson Seltzer.  And he was Robert’s father, Chester, who roamed Mexico and South Texas giving readers colorful glimpses of what it meant to be Mexican during the Great Depression and before the Civil-Rights era.

Because he was enamored with all things Mexican, particularly his wife, Chester decided to use his wife’s maiden name as his nom-de-plume.

Robert Seltzer’s memoir begins in elementary school full of suspense and drama as the young narrator faces the wrath of a taller and stronger boy, named Randy Reed, who calls him “chili” and pounces on him one day while Robert is drawing surf boards because of his admiration for the Beach Boys.  The lead story, “The Surfboards” lays the foundation for the running theme through his memoir, with Reed shouting, “The Beach Boys aren’t for “F—ing beaners” (9)

In the 273 pages of Amado Muro and Me, Robert gives the reader an insider view of Chester Seltzer’s transformation into Amado Muro and his ambivalent feelings of growing up in a bicultural home with a cussing-mom and his favorite Alita (short for abuelita, or grandmother) who comforted him, saying she knew his dad was Mexican on the inside but “gringo” on the outside.  And here, Robert shifts into Chester’s transformation.

“My father did not set out to fool anyone; however, he embraced the culture so wholeheartedly, writing from the perspective of a Mexican, that he seemed to morph into Amado Muro,” writes Robert Seltzer (50), a public editor with the San Antonio Express-News. Writers have long used noms-de-plume, but Anglo writers using Chicano pseudonyms have been a rarity.  Danny Santiago, the author of Famous All Over Town, turned out to be Dan James, a blacklisted Communist writer who had penned stories and film scripts and fought against gentrification in the East-Side Los Angeles area.

The barrio landscapes of Amado Muro greeted the American public in literary magazines and quarterlies throughout the Southwest, beginning in the late 1950s and ‘60s. In 1972, Amado Muro burst onto the literary scene with fawning admiration from Harvard’s John Womack, Jr., calling him, “a veritable Isaac Babel of the Southwest,” in The New York Review of Books “A Special Supplement: The Chicanos.” It was critic Felipe D. Ortego, who found out Muro was Anglo and informed Womack.  Robert Seltzer asserts that it was the Texas Observer who had divulged his father’s pseudonym.

Flash forward thirty-seven years, and his son, Robert Seltzer, has taken up the craft.  Amado Muro and Me is set in the early 1960s when Robert saw his father sitting in his boxer-shorts in the living room, typing out stories about the wonderful Mejicanos he had come across in his travels to Chihuahua and weekend sojourns in freight cars visiting hobo jungles, in Bakersfield, California.  “The old man,” as Robert fondly calls him, “clutched an empty Clorox bottle for a pillow with a notebook in his pocket to collect the tales of the denizens of his beloved Mexico” (76).

The memoir is a fast-read with a sociological portrayal of life in the early 1960s, complete with landmarks, violent TV shows, and the harsh rules of the Seltzer household, even though his mother was lenient when the “old man” took off on his wanderings.  She also allowed young Robert the occasional cap-pistol, furtive opportunities to watch “Gunsmoke” and “The Untouchables,” all forbidden by his dad because of the gratuitous violence (153) But when the old man was home, it was back to reading. Chester was a stickler for close reading, giving young Robert assigned readings and assigning searches for word etymologies in a dictionary as thick as the King James Bible.

The narrative also gives readers the family history of Chester Seltzer. His grandfather, Louis Benson Seltzer, a conservative Horatio Alger-type, rose from cub reporter to respected editor of the Cleveland Press (210). Chester, however, was a liberal who saw himself as someone righting a wrong, standing up for the common man, and teaching his son about the dignity of life and the rights of human beings to pursue happiness.

All these stories are told, seaminglessly, in a powerful narrative that glides page after page, balancing Robert’s clash with Randy Reed’s exploits and his stark, frank conversations with the “old man.”  The memoir’s keen descriptive and narrative power showcases a home filled with love for the written word, in both English and Spanish, and a stern, devoted father.

Robert Seltzer writes that his father Charles Seltzer died of a fatal heart attack in El Paso at his favorite Zamora News stand, falling “on the stacks of El Fronterizo and El Continental” (271) Years later, The Collected Stories of Amado Muro was published posthumously in 1979 by Thorp Spring Press, in Austin. 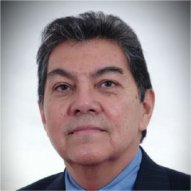 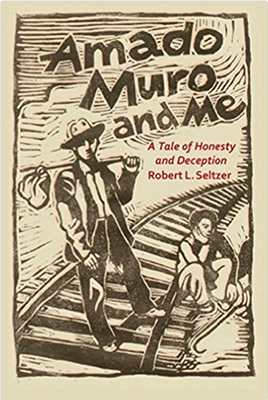 Amado Muro and Me: A Tale of Honesty and Deception