UTRGV President Guy Bailey said the STC 2 UTRGV agreement is yet another pathway that area students can follow in getting a quality higher education. “This is another step in providing more access for our students in the Rio Grande Valley so they can succeed not just in the present, but also in the future,” Bailey said.

The STC 2 UTRGV program is slated to begin this academic year, with the first class entering the program in Fall 2023. All students need to do is complete the ApplyTexas Admission application, and work with the UTRGV-STC Outreach Representative to ensure all requirements for the program are met.

STC President Ricardo Solis said the STC 2 UTRGV program is an important one for the community. "We’re looking forward to this innovative relationship,” Solis said, “and we’re going to put all our resources together.” 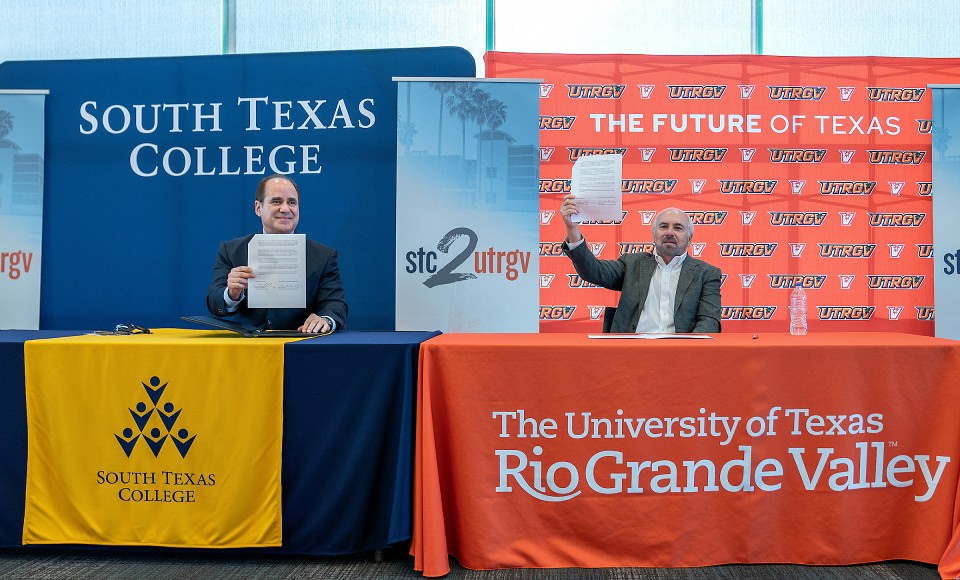