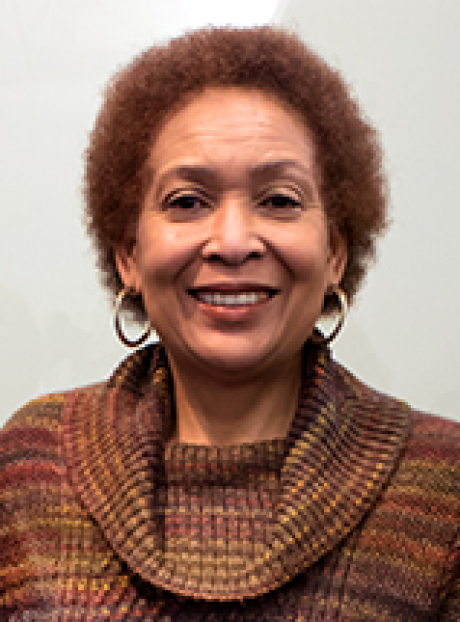 She received an associate’s degree in Harrisburg Area Community College, a Bachelor of Applied Science in Public Administration at Pennsylvania State University, and a Master of Arts and a Master of Science in Negotiations and Conflict Resolution at Columbia University.

She is Vice President for Strategic Communications and Construction Business Initiatives at Columbia University Facilities and Operations.  Under her direction, Fountain has led the University's initiatives to expand opportunities for minorities, women and local (MWL) businesses and construction workers to do business with Columbia.

These efforts include the recently launched CU Grow program, designed to help select MWL businesses that are currently university vendors to grow their business through a coaching program with a curriculum created by the Columbia University School of Professional Studies. The launch of CU Grow followed the conclusion of the multi-year, Columbia University/Corporate Alliance MWL Construction Trades Certificate Mentorship Program, in which 78 construction firms across four cohorts graduated from the program. For the past 25 years, she has provided motivational speeches, training and facilitation on conflict resolution, cultural diversity, nonviolence as a way of life, working with teenagers, spirituality in the workplace and staff and organizational development.  Since joining Columbia in 2006, La-Verna has served on numerous boards and advisory councils, many of which have focused on expanding opportunities for minority- and women-owned businesses and workers.

A long-time member of the national and community service movement, Fountain served as the Office Director of former U.S. Pennsylvania Senator Harris Wofford—co-founder of the Peace Corps and former head of the Corporation for National and Community Service. She, along with Senator Wofford, founded several organizations dedicated to teaching others about nonviolence including the Teach Teens to Teach Teens Nonviolence Youth Institute, the Gandhi/King Peace Coalition and the Discover the Leader Within You Youth Group.

She was honored by the Harlem Business Alliance with its 36th Annual “Woman of Action” Award in 2017.