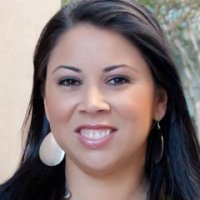 Stephanie Alvarez earned her PhD in Spanish from the University of Oklahoma.

Alvarez is the co-editor with William Luis of The AmeRícan Poet: Essays on the Work of Tato Laviera (2014). Her research intersects in the areas of Latin@ identity, language, literature, culture, education and empowerment and has appeared in various edited volumes and journals such as Hispania, Journal of Latinos and Education and CENTRO: Journal of the Center for Puerto Rican Studies, among others.

Alvarez is the recipient of the American Association of Hispanics in Higher Education Outstanding Latina/o Faculty Award (2011) and the University Of Texas Board Of Regents’ Outstanding Teaching Award (2009).