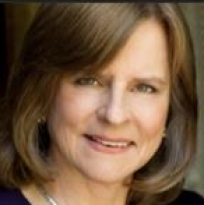 Julia Preston is a Contributing Writer at The Marshall Project, a non-profit journalism organization focusing on criminal justice and immigration.  Before coming to The Marshall Project in February 2017, Ms. Preston had worked for 21 years at The New York Times as a foreign and national correspondent, writing more than 1500 articles. She was the national correspondent covering immigration for the Times from April 2006 until her retirement in December 2016.

Ms. Preston was a New York Times correspondent in Mexico from September 1995 to December 2001. She was a member of The New York Times staff of four journalists who won the 1998 Pulitzer Prize for reporting on international affairs, for its series that profiled the corrosive effects of drug corruption in Mexico. She is a 1997 recipient of the Maria Moors Cabot Prize for distinguished coverage of Latin America and a 1994 winner of the Robert F. Kennedy Award for Humanitarian Journalism.

In the Spring of 2011, Ms. Preston was a visiting lecturer in the Program in Latin American Studies at Princeton University, teaching a seminar that combined study of immigration issues with instruction on journalism writing. Before joining The New York Times in July 1995, Ms. Preston worked at The Washington Post for nine years as a foreign correspondent. She was the Washington Post bureau chief in Miami from 1986 to 1989, covering wars in Nicaragua, El Salvador and Guatemala and the conflict between the United States and Panamanian general Manuel Antonio Noriega, as well as Cuba and Haiti.

Ms. Preston is the author, with Samuel Dillon, of Opening Mexico: The Making of a Democracy, Farrar, Straus and Giroux, 2004, which recounts Mexico’s transformation over three decades from an authoritarian state into a struggling democracy.


Opening Mexico: The Making of a Democracy

Articles from the Marshall Project

Articles from the New York Times