Maria Martha Chavez Brummell is the Chief Executive Officer for Catch the Next, Inc. She received a PhD and M. Phil from Yale University in Sociology. She also holds two degrees from Kansas State University: a Master’s Degree in Education and a Bachelor’s degree in Journalism, Psychology and Spanish Literature.

Maria Martha began her career in higher education as an Assistant Director of Admissions at Kansas State before taking up a position as Assistant Dean of Yale College, and a member of the faculty; she is still affiliated to the institutions as an Honorary Faculty member, is an Advisor of the Graduate School Executive Committee and serves as part of President Peter Salovey’s World Leader’s Network. At Yale, Dr. Chavez also established the Asian-Chicano-Native American Cultural Centers, and the Chicano Boricua Studies Program that has since evolved into the American Studies, Race, Ethnicity and Migration Major.

For the community of New Haven, she founded the LULAC Head Start Program, a $10 million preschool initiative for 0-5 year olds, led the building of the  Latino Youth Center, and helped to build la Casa Otonal, a housing complex for the elderly. Through Save the Children Federation, Maria researched American’s 101 poorest places which led to the Campaign for America’s Forgotten Children for which she led the establishment of six community learning centers in the Central Valley of California. Dr. Chavez has worked with Public Agenda, a research and engagement organizations dealing with clients such as the Council on Foreign Relations, foundations, and state and federal entities. In particular, she worked with The Achieving the Dream Initiative, for which she served as Research and Engagement Coach and member of Knowledge Development Working Group. She has brought her wealth of experience to Catch the Next, where she served as Chief Education Officer before becoming CEO in 2015. 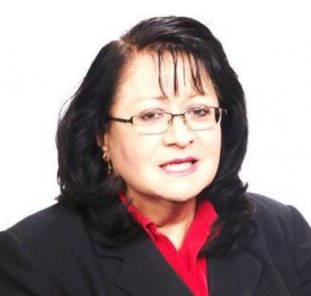