Catch the Next, Inc. was founded in 2009 by John Siceloff who sought to identify and scale-up effective models for closing the achievement gap for Latino students in the United States. For the next six years, until his death in 2015, he crisscrossed Texas as a tireless advocate for the program, a mentor for faculty and staff, and a voice for students across the state. He believed strongly in social justice and the importance of equity in education, and his passion and dedication helped ensure CTN’s success.

His beliefs connected deeply with both his upbringing and his career in journalism. John was the child of parents who ran the Penn Center on St. Helena island in South Carolina, an institution that was founded 150 years ago to teach reading, and writing to newly freed slaves. By the 1950s and 1960s, it was better known for its crucial role in hosting retreats for leaders of the civil rights movement. He studied history at Swathmore College, and communications at Stanford before beginning a lauded career as a war correspondent in El Salvador and Nicaragua where he served as a bureau chief for CBS and NBC news, respectively. Later, his production work earned him a Peabody, six national Emmys, the Edward R. Murrow Award, and the Walter Cronkite award for Excellence in Television Political Journalism.

John focused on solutions and approached the most difficult problems in our society–access, poverty, violence and education–with an enthusiastic and optimistic lens, one that insisted we can do something about this. His vision is what brought Catch the Next into being, and what continues to motivate us in the valuable work of empowering underrepresented students, in acknowledging that their stories matter and that they can write their future chapters.

John was the author of Your America: Democracy’s Local Heroes.

You can read more about his life and legacy here and here.

In his memory, Catch the Next offers John Siceloff Journalism Internships to students at every college implementing the program. 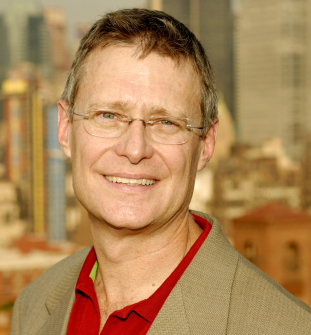