The conference began Thursday evening after check-in at Jester Hall with the students moving to the Al Kiva room in the Sanchez building and being grouped in mixed-campus familias for loteria. Winners received prizes consisting of mixed items donated from the various campuses.

Friday morning before breakfast, students gathered for an opening activity called Leveraging Cultural Capital. Then they had breakfast in Jester’s dining hall and walked to the classroom in the UTC building where they were greeted by students holding a banner created by STC students with the message “Si Se Puede.”  First on the agenda was a welcome from Dr. Chavez and a visit from Milagros Lopez, director of institutional partnerships in the UT Division of Diversity and Community Engagement (DDCE), who shared the story of her educational journey and the obstacles she faced and overcame. She also brought UT pens for the students.

Jeffrey Mayo, Senior Academic Program Coordinator from UT, spoke to the students about challenges they might face as transfer students and how to overcome them by using academic support services, getting involved in their favorite activities and discovering new interests which could lead to lifelong friendships. He told them about the Transfer Club on campus set up specifically for transfer students.

After lunch, Dr. Alaniz from STC led the familias in a team builder that asked them to build a tower with straws. The winning team won prizes.

After lunch Debra McBeath introduced the conference keynote speaker, Dr. Victor Saenz. Dr. Saenz is Chair of the Department of Educational Administration at UT. He is also the founder of the award-winning initiative called Project MALES and a former board member for CTN. His presentation titled “Reframing Your Narrative” began with reasons why narratives are important in our lives. He asked participants to introduce themselves to someone they did not know and share something about themselves. He continued with advice about creating their future narrative, such as not letting others define their narrative and being willing to dream. He ended with advice and a quote from Theodore Roosevelt to “be in the arena.”

Following a break with door prizes, Mike Guinn, a renowned African-American performance poet and director and lead facilitator at Uplift Your Life, asked for volunteers to play Simon Says as a way to illustrate good listening skills. In his “Becoming a Super Hero” Creative Writing Workshop, he took participants through a writing activity exploring the “super hero inside.” These writings would later be shared at the Student Showcase.

Before group photos, Debra McBeath and Stacy Ybarra shared with the students ways to keep connected with each other and CTN. These included the newsletter, the wiki, CTN’s facebook and website. Students were also informed of CTN’s internship opportunities, including this fall’s journalism internship with Julia Preston as a mentor.

The “Becoming a Super Hero” Student Showcase Friday evening was held in the Al Kiva room in the Sanchez building. Students were asked to share what they had written in the workshop earlier. Guinn also created a poem with words the participants gave him.

After breakfast Saturday morning, the second day of the conference began with Dr. Chavez’s presentation covering the national picture of educational attainment for underserved students and the importance of transferring and striving towards advanced degrees. She shared the powerful story about her life and her educational journey, including the obstacles she faced and how she overcame them.

Next the alumni panel consisting of Marco Espinoza, Adolfo Pecina and Manuel Gonzalez from STC, Veronica Gonzalez, Edward Rodriguez, Alexis Fabian and Juan Higa from PAC, and Cloe Llanos from ACC shared how the CTN program had benefitted them and offered advice on how to overcome challenges and succeed beyond community college. The next session was led by Dr. Alaniz and Juan Higa. They covered how to start a club on campus as well as how clubs can be used to foster volunteerism, social justice work, and fund raisers. They also stressed the benefits of being in the club and serving as officers. Next there was a short break with door prizes followed by a team builder in which groups were asked to again build a tower, this time with spaghetti plus a marshmallow on top.

The next presentation by Debra McBeath was about connecting community needs with individuals’ talents, students were asked to get in campus groups, think about the needs of their community or campus and match their talents with those needs. They were instructed to come up with ideas/plans to take back to their campus and were told that one of those needs had to be how to promote transfer on their campus. Students ended the conference with their presentations. 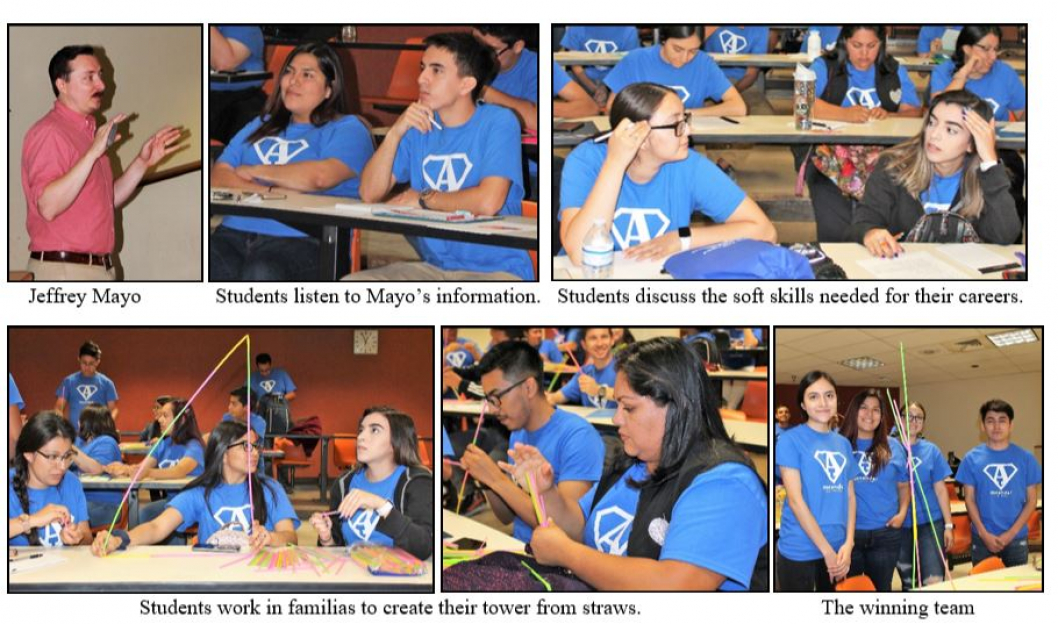 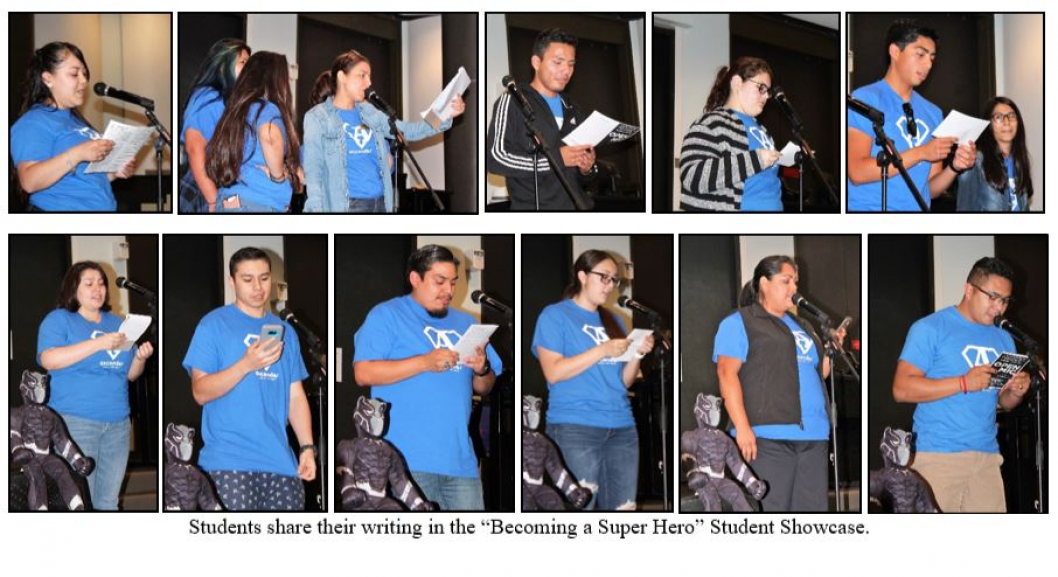