“OUT OF HIS COMFORT ZONE”: DANIEL’S STORY 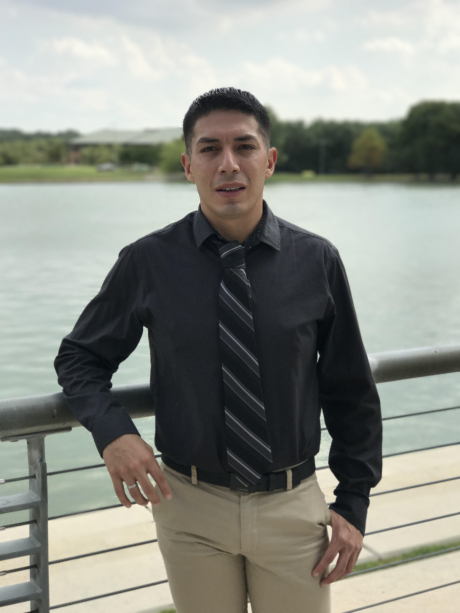 CTN Helps Vega Get “Out of His Comfort Zone”

“It took me over a decade to realize that there is more than just a job; there is a career field.”

At age 31, Daniel became the first in his family to enroll in college.

When he attended New Student Orientation, the alumni who were there promoting the Catch the Next program really influenced him, and he joined the familia.

“When I first joined the Catch the Next program, I was a recluse and very timid; but because I stayed with the same students and the same instructor, it felt like a family. I opened up and became more social.”

Daniel also benefitted from the CTN mentor panel that showed him that it was perfectly fine to take a risk when it comes to education. “They are knowledgeable people who have been exactly where I am,” he added.

When the position for club treasurer became vacant, he took the initiative and asked to be the replacement. “Being in the program and a club officer has given me more confidence in myself and allowed me to get out of my comfort zone,” he said.

His confidence has allowed him to be part of a panel speaking to The Higher Education College Board and to receive a scholarship to attend HACU in San Diego.

Right now Daniel works full time, goes to school and volunteers for the San Antonio Wildlife Rescue. He rescues injured wildlife and takes them to the rehab center for proper medical treatment. He also feeds them, cleans their housing, and delivers food donations to the main center in Kendalia.

Daniel’s major is criminal justice.  He hopes to attend UTSA and eventually be a game warden.